ATTENTION! The Pyongyang International Marathon 2022 is cancelled due to the pandemic of COVID-19.

The registration for the Pyongyang International Marathon 2023 is OPEN

Local and foreign, amateur and professional runners take part in the marathon. All amateur runners will be awarded with official certificates, t-shirts and souvenir medals!

There will be local football matches taking place in Kim Il Sung stadium after the start of the race, and so anyone who wants to watch the marathon instead of taking part in it - is more than welcome to do so.

The 2023 Pyongyang International Marathon is now OPEN for registration

To participate in the Marathon you can choose between joining our existing group tours or book an individual tour.

All amateur runners will be awarded with official certificates, t-shirts and souvenir medals!

See you at the stadium! 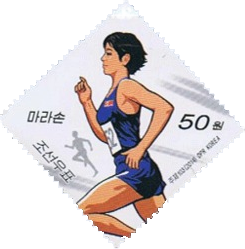 The 2023 Pyongyang International Marathon is now OPEN for registration

To participate in the Marathon you can choose between joining our existing group tours or book an individual tour.

Please note that we can always arrange a private tour to meet your own schedule. If you have questions - send us a message: postmaster@koreakonsult.com

All amateur runners will be awarded with official certificates, t-shirts and souvenir medals!

See you at the stadium!

Registration for the Marathon

We are proud to help international runners to sign-up for the Marathon. Please note that It’s not possible to register for the race on your own or to enter the Pyongyang Marathon without being part of a group tour. You should book a tour with Korea Konsult - either join one of our group Marathon tours or an individual tour.

To sign up for the Pyongyang Marathon you should choose which distance you want to run (see the table above for the details) and let us know your choice while booking one of our tours. Please feel free to ask us any question: postmaster@koreakonsult.com

* Note that all fees should be paid in cash in Pyongyang

Who Can Run the Marathon

There are no restrictions on participants, anyone can run in the amateur marathon together with professional runners. To qualify for the professional marathon, men must provide an official record time from the past 3 years of less than 2h 27m and women a record of less than 2h 38m.

There are no official qualifying times for the amateur marathon. However, you should either finish or stop within 4.5 hours. If you do not finish within the allocated time, a bus will pick you up and escort you back to the stadium. The streets will be re-open to traffic at about 2pm.

The marathon was held for the first time in 1981 for men, and the women's event was initiated in 1984. The 27th annual Mangyongdae Prize Marathon in 2014 was opened to foreign amateur runners for the first time, allowing some relatively ordinary athletes a unique view of one of the world's most mysterious countries. Foreign professionals won two Pyongyang marathons).
In 2014 Pyongyang hosted 225 amateurs from 27 countries with participants coming from Sweden, Norway, Russia, Ukraine, Spain, China, Taiwan, Uzbekistan, Egypt, Namibia, South Africa, Rwanda, Madagascar, Ethiopia, Zimbabwe, Kenya, U.K., Australia, Canada and others. In 2016 there were almost 1,000 participants.
More than 42,000 spectators in Kim Il-sung Stadium cheered them on, in addition to thousands more on the streets of Pyongyang to applaud, cheer and high-five the runners.
The 2015 marathon was initially closed to foreigners because of concerns about Ebola, but this decision has since been reversed after the reopening of the North Korean border in March 2015.
The 2019 Marathon was a very successful event with about 950 foreign participants. It was twice the number of foreign runners who took part in Pyongyang Marathon in 2018.
The 2020, 2021 and 2022 Marathons were unfortunately cancelled due to the COVID-19 pandemic.

The race takes place in Pyongyang - the capital of North Korea, it starts and finishes at the Kim Il Sung Stadium (in 2016 the marathon took place in May Day Stadium because Kim Il Sung Stadium was under reconstruction). Professionals and amateurs will start at the same location and time. The route is basically a 10km-long loop around Pyongyang:

Pyongyang in Korean means "flat area", what is important for the runners - the marathon is a street course with no significant elevation. There will be distance markers throughout the course, so it will be possible to know how long to go before the finish line. There will also be cars with digital timers to let runners know how much time left.

Food & Drink Along the Route

There will be also 2 water stations per every 10km and restroom stops along the way. However, there will be no any energy drinks (such as Gatorade) provided. If you want to bring an energy drink, we recommend carrying it with you during the race. You’re welcome to bring your own snacks for after the race. Lunch will be after the awards ceremony.

Officially, you are not allowed to bring any of these devices to the race. However, based on our experience you can freely take pictures along the route and bring devices with GPS.

All runners are invited to participate in the race’s opening ceremony, which involves a lap of Kim Il Sung Stadium in front of a clapping crowd. After the race has finished, there will be a post-race award ceremony, where the top three in each category take their place on the stadium’s podium for the award ceremony and receiving medals and prizes.

Atmoshpere in the stadium
All runners can choose between wearing an official marathon t-shirt provided by Marathon organizers or their own t-shirt free from big logos or national symbols. Runners will be expected to wear athletic clothes on the field. Once inside the stadium, runners will have approximately 15-20 minutes to change clothes and prepare for the race. In the evening before the marathon you’ll be given a number to pin (pins also will be given) to your shirt during the race. All runners must have a number affixed to their shirts.

Foreign runners are prohibited from carrying national flags or wearing clothing with writing deemed inappropriate or politically motivated. The safest option is to wear solid colors, no pictures or slogans.

In most cases your regular running sneakers and shorts will qualify you for the run. Runners are permitted to carry phones and music devices during the race.

Marathon Experience
The race starts and finishes at the Kim Il Sung Stadium filled with about 50,000 local spectators. Many runners said that the atmosphere before the race was incredible –- the highlight of the trip and something that will stay with you forever. The reception the runners got when they entered the stadium was staggering –- everyone waving, clapping, cheering, etc. It was like being an Olympic athlete. The energy was crazy. "When you’re part of a throng of more than 1,000 international athletes emerging from a tunnel into the stadium to an echoing fanfare and tens of thousands of cheering Koreans, you remember where you are – and, wonderfully, where we came from doesn’t matter ". North Koreans also lined the entire race route along major sites in the city from the Arch of Triumph to the Rungra Bridge. Running through the streets of Pyongyang with hundreds of local runners is an amazing experience.


"When your hand and shoulder ache from high-fiving rows of children, grannies and people in uniform lining the marathon route through Pyongyang, or when you can get thousands of North Korean spectators to cheer all the louder just by raising your arms, it’s a connection, they’re people just like us". Gaggles of children will hold their arms out, shout hello, and jostle towards you if you stop for banter, but for a photo they might scatter just as they might strike a pose.

"I'm over the moon," said another runner, "and the support from the Korean public has been overwhelming. Nowhere else in the world could I possibly get up on a winning podium."

Discover the planet Earth with us