Turkmenistan - the most mysterious country in Central Asia

By far the most mysterious and unexplored of Central Asia’s countries, Turkmenistan has been at the crossroads of civilizations for centuries. In medieval times, Merv was one of the great cities of the Islamic world and an important stop on the Silk Road, a caravan route used for trade with China until the mid-15th century. Turkmenistan is an ancient land of great spirituality, tradition and natural beauty. The ancient cities inspire visions of caravans plodding along the ancient Silk Road, while the haunting beauty of the Karakum Desert and other quirky natural phenomena are less expected but equally mesmerising. The full Turkmen experience is ultimately about mingling with the warm and fascinating Turkmen people themselves, whose hospitality is the stuff of legend.

Annexed by the Russian Empire in 1881, in 1924 Turkmenistan became a constituent republic of the Soviet Union, Turkmen Soviet Socialist Republic (Turkmen SSR); it became independent upon the dissolution of the Soviet Union in 1991. Independent Turkmenistan became famous for the leadership style of Saparmyrat Niyazov, who ruled as ‘Turkmenbashi’ (‘leader of the Turkmen’) until his death in 2006. Niyazov developed the personality cult manifested in golden statues of himself and grandiose monuments to the achievements of his ‘golden age’. In 2013 the Guinness Book of Records named Ashgabat as “white marbled city” for the biggest number of buildings in the world made out of the white marble.

Turkmenistan has a long and proud history with famous archaeological sites and beautiful mountain scenery. It is seen as the hermit nation of the 'Stans. Turkmenistan is one of the least visited countries in the world due to difficulties in the past to obtain visas and the country's isolationist policy. Today it has become much easier to get the visa for most nationalities. Turkmenistan is a prime destination for travelers with a taste for originality and unusual attractions. If you enjoy this type of travel experience and if you want to avoid a mass-tourism destination you've certainly brought your thoughts to the right place. Travel with Korea Konsult and visit the White Marble City Ashgabat, the “Door to Hell” (the burning gas crater Darwaza), Turkmenbashi Ruhy Mosque (the largest in Central Asia), the ancient city - Merv, the breathtaking sight canyons of Yangy Kala etc. We will do our best to make your trip unforgettable.

Korea Konsult will run 4 group tours every year, 2 in March during Nowruz holiday and 2 in September during Independence Day. You can choose between booking a Turkmenistan tour only or extend your journey with a week in Uzbekistan. 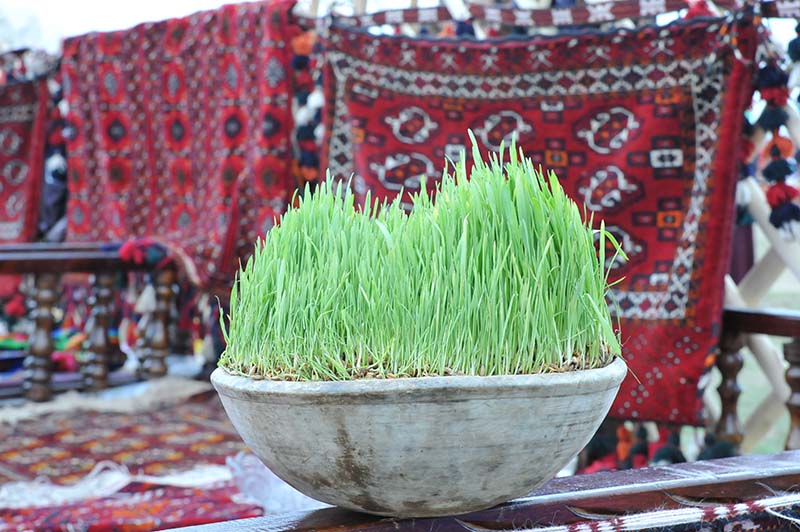 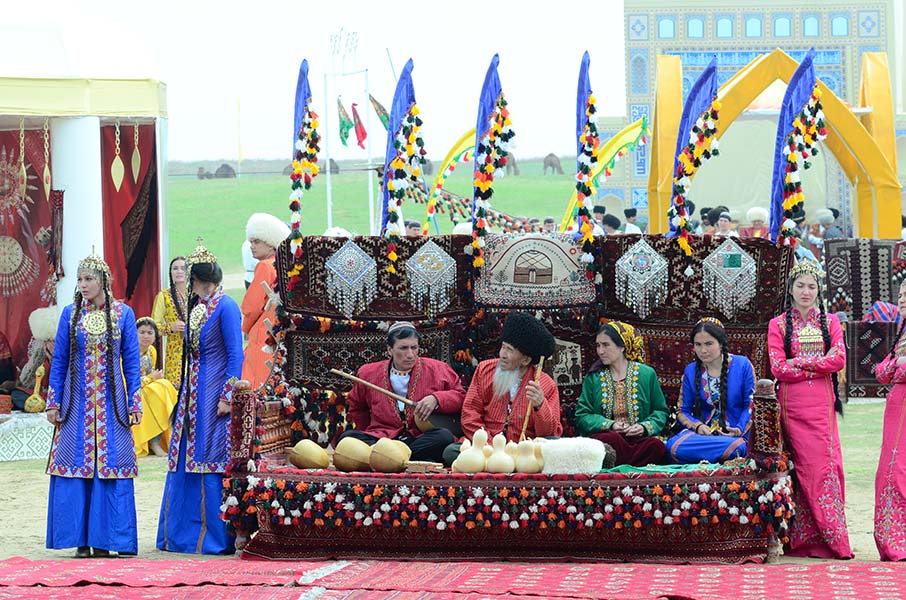 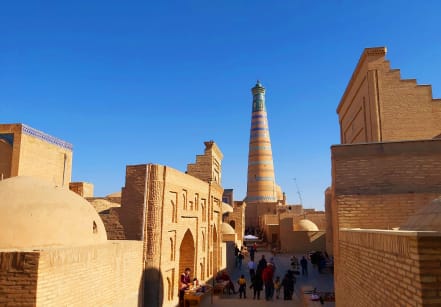 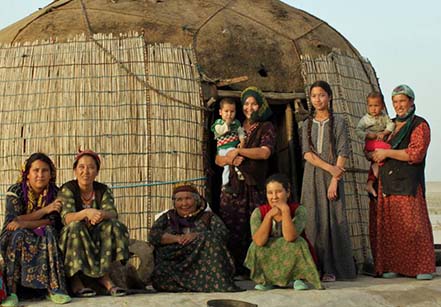 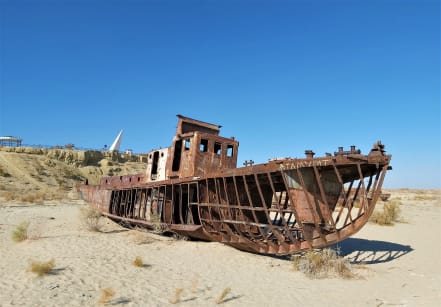 We will plan your itinerary in order to offer you the best possible experience in Turkmenistan. You can choose your own travel dates and we will provide you a customized tour according to your needs and preferences. A private tour offers more flexibility on time schedule and you can add more stops to the itinerary if you visit something you wish to explore more intensively. Below are some examples of private tours but we are always happy to organise a tailor-made tour according to your interestes and requests. 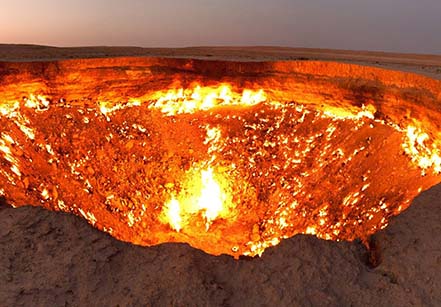 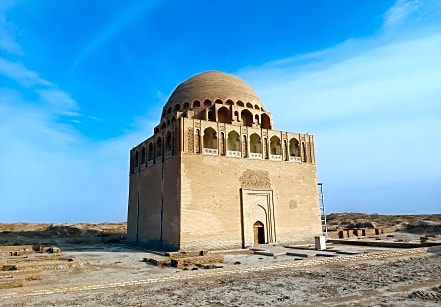 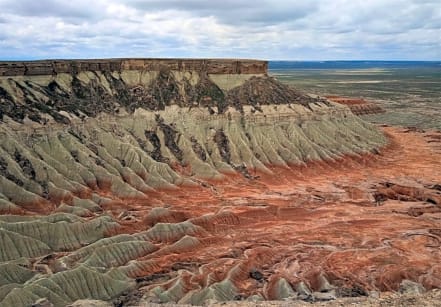 Capital: Ashgabat, (population 837,000). An impressive architectural re-styling effort led by the government of Turkmenistan resulted in Guiness Book Record for world's highest density of white marble-clad buildings. The Turkmen capital boasts 543 new buildings clad with 4,513,584 m² of white marble. Ashgabat holds also the record for the 'tallest unsupported flagpole', the 'most fountain pools in a public place' and the largest architectural star in the world (Turkmenistan Broadcasting Centre tower).

HOW TO GET TO TURKMENISTAN
BY FLIGHT: Most travellers arrive in Turkmenistan by international flight. The national carreer is Turkmenistan Airlines. It offers non-stop flights to Ashgabat from Birmingham, London, Frankfurt, Moscow, St. Petersburg, Beijing, Abu Dhabi, Dubai etc. Another option is getting in to Turkmenistan by Turkish Airlines flight with stop in Istanbul.

BY SEA: The only way to get to Turkmenistan by sea is taking ferry operating the line between the Azerbaijan capital Baku and the Turkmen port Turkmenbashi located on the opposite side of the Caspian Sea. The ferry operates almost every day and the journey takes 17 hours, however, delays of 1 up to 3 days might occur.

BY TRAIN: Despite the fact that Turkmenistan is connected by railroad with all its neghbours such as Uzbekistan, Kazakhstan, Iran and Afghanistan, at the moment it is not possible to reach the country by train from abroad.

BY LAND: you can enter Turkmenistan via land border from Uzbekistan, Kazakhstan, Iran and Afghanistan.

CLIMATE, WHEN TO GO
The best period to visit Turkmenistan is from middle of March to end of May and from middle of September to the end of October. The climate in Turkmenistan is is desert and semi-tropical, with great temperature fluctuations, low precipitation and high evaporation. The summer is usually hot and dry, with an average temperature of 28-32°C in July. The winter is mild and with little snow. However, in some years short but strong snowfalls were registered. The average temperature of January ranges from -5°С in the northeast of the country to +4°C in the south. Continuous winds bringing cold masses of air from the steppe regions of Kazakhstan in winter time and hot masses from the mountain slopes causing sandstorms in summer time are the most characteristic feature of the Turkmen climate.

VISA FORMALITIES
To visit Turkmenistan most nationals need to apply for a visa. Please note that you cannot apply for Turkmen visa on your own and without booking a tour, all visas are issued based on pre-approved by the Ministry of Foreign Affairs invitation letter aquired for you by the accredited tour operator. KoreaKonsult will apply for such invitation letter for your tour in advance.
In order to obtain the Turkmen visa you will need to submit this invitation letter to the nearest Embassy of Turkmenistan and get the visa stamped to your passport.
If there is no any Turkmenistan Embassy in your country then you will be able to get the visa when you physically arrive in Turkmenistan. The immigration of the border crossing point will issue your Turkmen visa based on the invitation letter which will be sent to you by us before your trip start. You will need to pay the visa fee in cash to immigration officer (the fee depends on citizenship but count to spend at least 100 USD).
IMPORTANT NOTE ! Please never book any tickets to Turkmenistan before the invitation letter is issued by the Foreign Ministry. About 15% of the total number visa applications are declined and you will never get any explanation why. Note as well that the invitation obtention process might take up to 5 weeks, so please plan your trip well in advance. Once the invitation letter is issued you can finally relax - this document gives you 100% guarantee of the Turkmen visa obtention at any of Turkmenistan border crossing points. But note that you need to indicate the border crossing point to us in advance.
CUSTOMS REGULATIONS
The mandatory declaration must be completed by an adult (minimum age of 18). Items and goods belonging to individuals of less than 18 years of age must be declared by their parent, foster parent, tutor or legal guardian on their behalf. The importation of foreign currency in cash to Turkmenistan is allowed without limitation if declared to customs. Individuals may export foreign currency in an amount not exceeding $10,000 or an equivalent currency amount. Individuals may import prescription medicines providing they have a copy of the prescription with the medicine. It is not needed to declare this importation.

One person is allowed to import the following items for personal use without payment of excise duty: