What is included | Itinerary 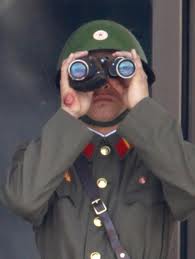 This short tour will introduce you to Korean capital Seoul and DeMilitarized Zone (DMZ) - a strip of land running across the Korean Peninsula that serves as a buffer zone between North and South Korea. The DMZ is a de-facto border barrier, which runs along the 38th parallel north. The DMZ cuts the Korean Peninsula roughly in half, crossing the 38th parallel on an angle, with the west end of the DMZ lying south of the parallel and the east end lying north of it. It was created as part of the Korean Armistice Agreement between North Korea, the People's Republic of China, and the United Nations Command forces in 1953.

Inside the DMZ, near the western coast of the peninsula, Panmunjeom is the home of the Joint Security Area (JSA). Originally, it was the only connection between North and South Korea but that changed in 2007 when a Korail train crossed the DMZ to the North on the new Donghae Bukbu Line built on the east coast of Korea. People from all over the world may join this tour!

Important: This is a coach sit-in tour.

WHAT DOES PRICE COVER?

Important: The itinerary is subject to change due to local circumstances.